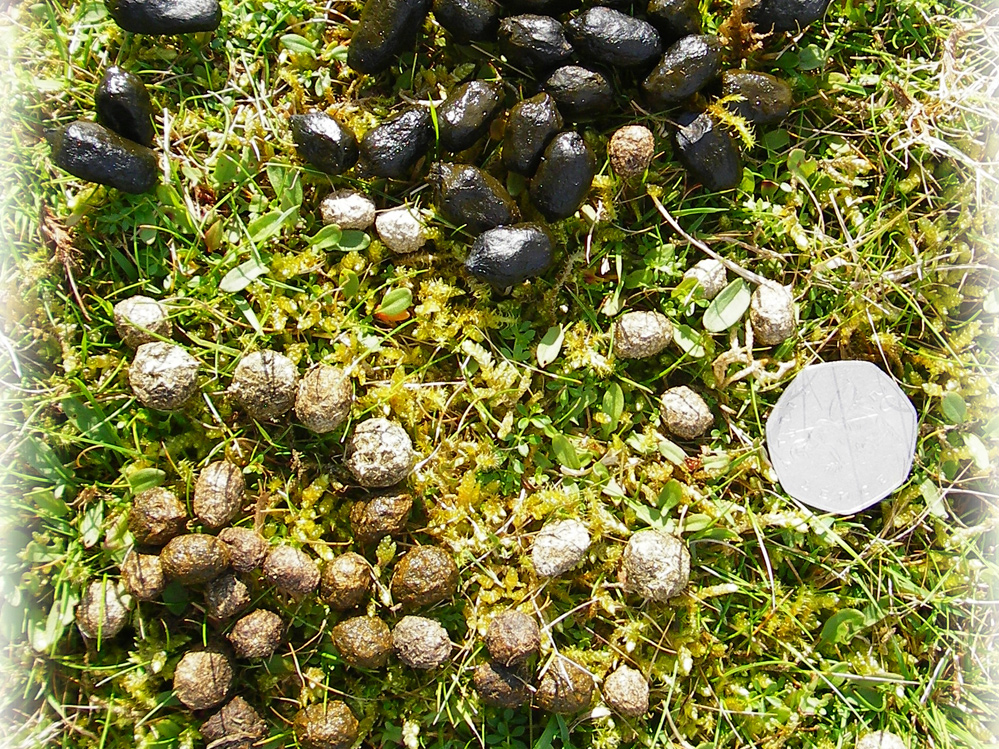 Accurately estimating the number of deer utilizing areas of woodland is difficult. It is important that deer and woodland managers recognise and accept this especially when setting deer cull targets.
It is possible to broadly evaluate deer densities into low, medium and high categories by collectively looking at indicators of the presence of deer such as the quantity and distribution of dung and tracking, whilst at the same time evaluating deer impacts.

Dung counts are useful for estimating:

It is worth noting, however, that movement of deer in and out of an area is likely to occur.

The following points need to be taken into consideration before any survey is undertaken:

From a practical point of view, moderately sized plots (50-200 m2) are preferable for obtaining reasonable numbers of pellet groups per plot, as they maximize the time spent searching, and minimise travel time between plots. For each habitat, size of plot should be consistent and will be dependent on vegetation type and ease of search e.g. heath-50m2, conifer pole stage-200m2. Plots can be linear (transects) as well as rectangular in layout.

Clearance counts were carried out in an area of pole stage conifer with sparse understory to estimate the density of roe deer. Pre-survey investigation of decay rate indicated a decay period of 6 months.
Plots totalling 1200m2 were cleared in November. A total of 6 pellet groups were counted in the plots 60 days later. Assuming a defecation rate of 20 pellet groups per day (and no decay between visits), the population density is estimated as:

A period of around three months between visits is recommended, however, the time in practice will depend on knowledge of the decay length relative to the habitat and season.

1 More information on Dung Counting as a method of population assessment can be found in B. Mayle, A. Peace and R. Gill (1999) How Many Deer? Also see guide to estimating deer population size, a Forestry Commission field book 18 (see BP Contacts).
Forestry field book