How to use corral traps to control feral pigs

Corral traps can be used as an aid to controlling feral pig populations in Scotland. They allow the capture and dispatch of whole sounders or family groups. This guide explains how to use a corral trap. See shooting guide* and carcass treatment** guides for information about firearm and ammunition selection, carcass extraction and handling. 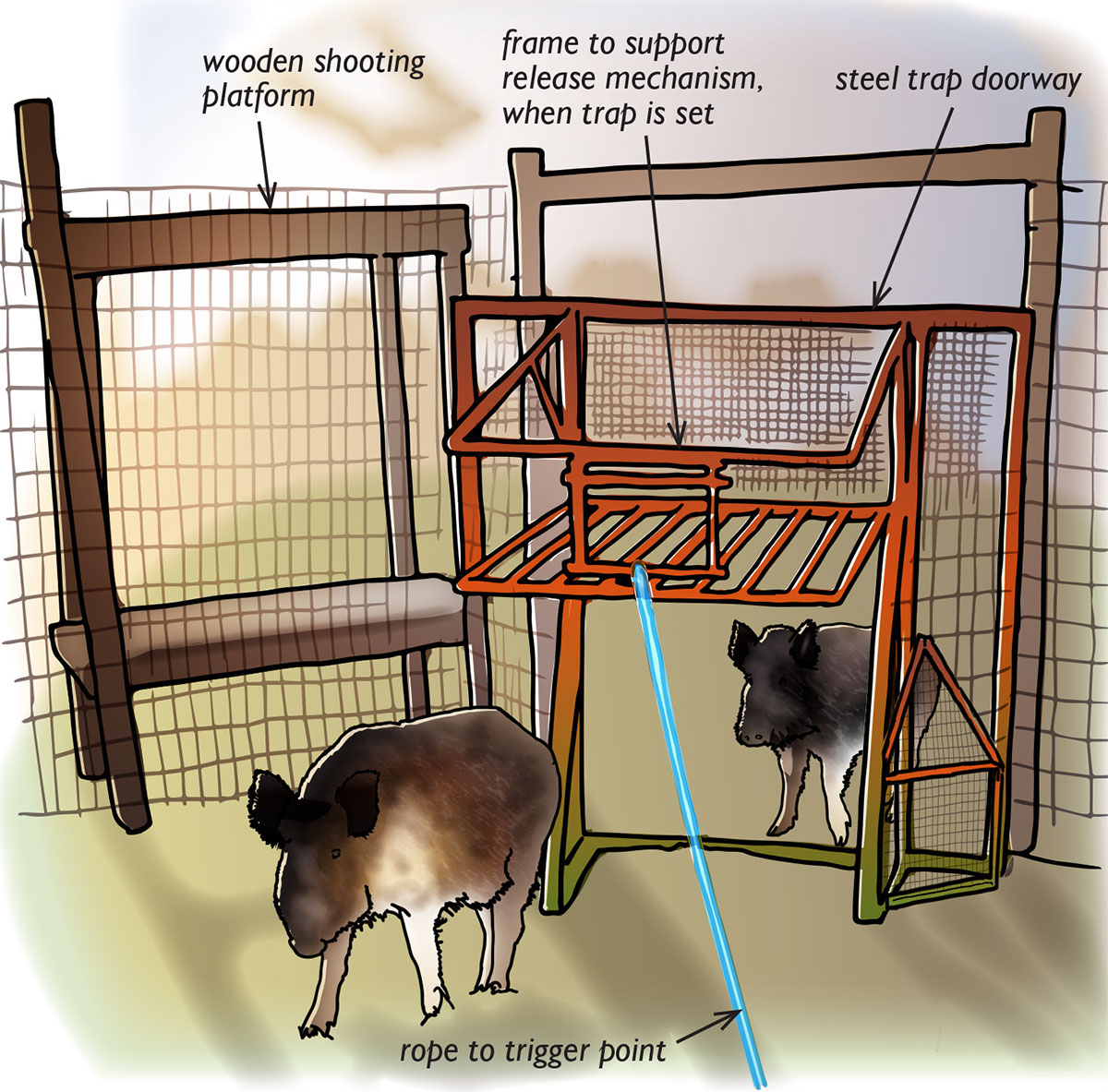 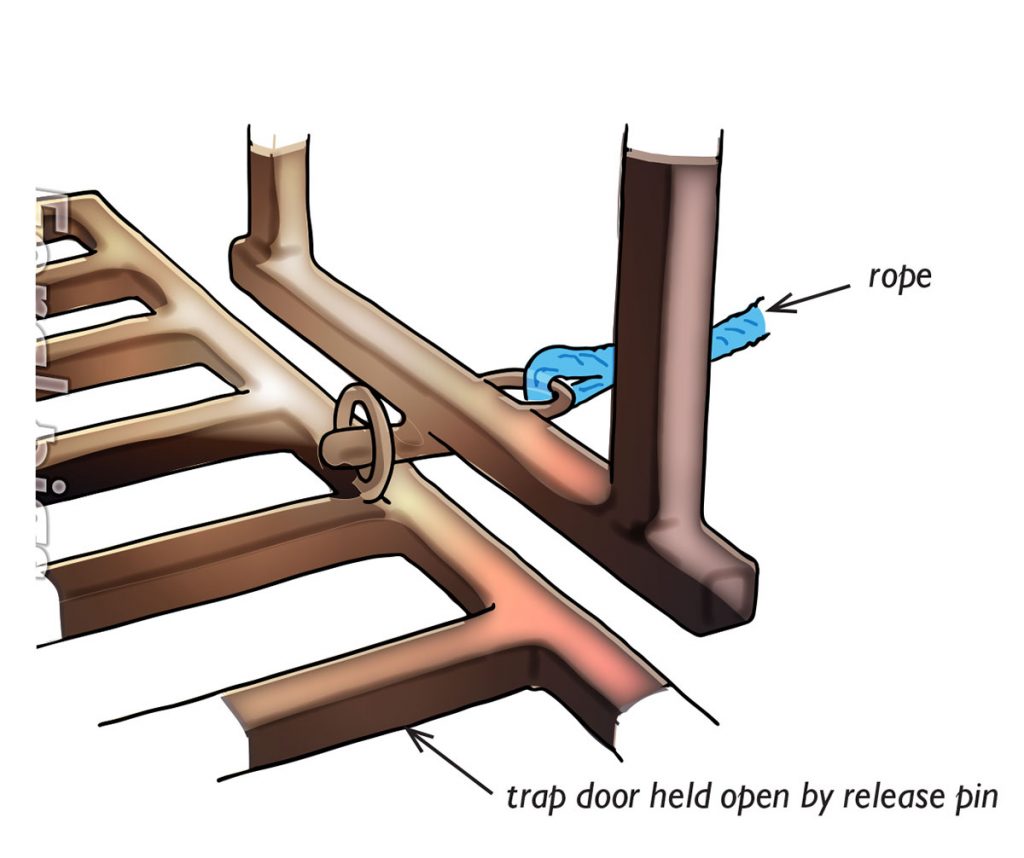 Use a trap that is constructed on site from steel-framed welded mesh panels or from wooden posts and steel netting. 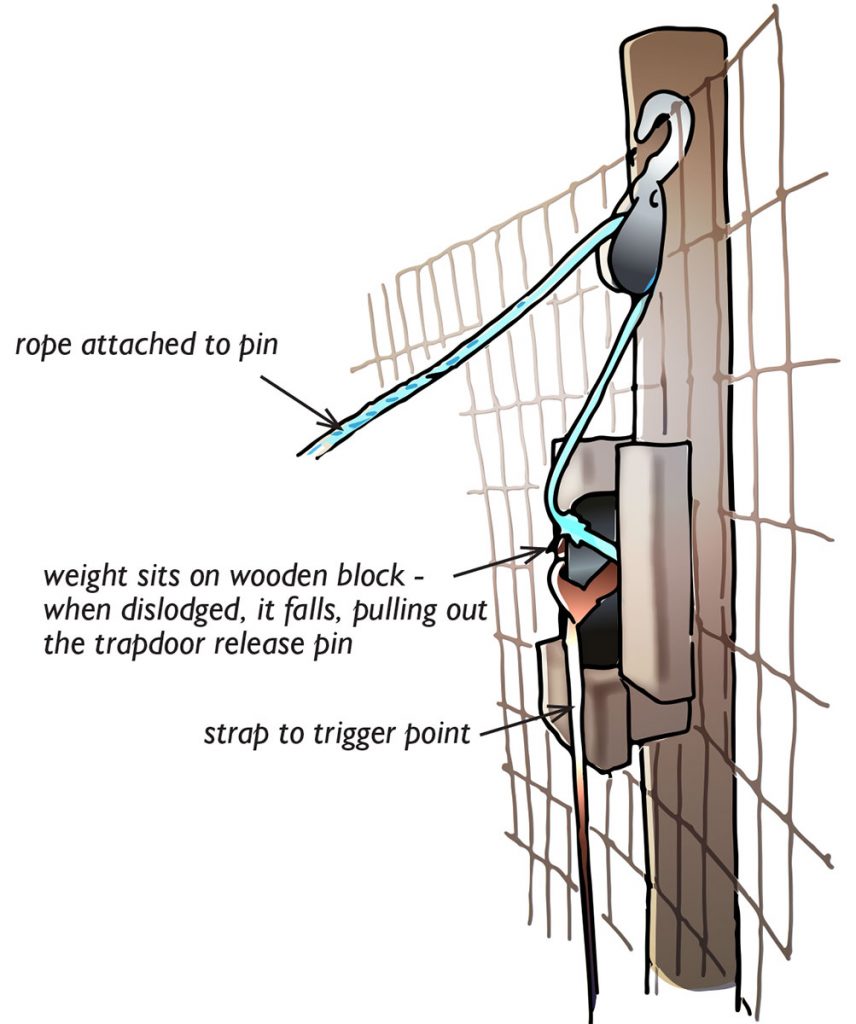 Feral pigs can be can be baited into the traps with maize. Baiting can begin before the traps are erected – to get animals used to using bait sites.
When baiting the traps, allow the animals to move freely in and out of the corrals. Set camera traps to show the inside and outside of the trap to gather information about the animals that are visiting.
Attach the trap door once visiting pigs are used to the corral trap, visiting regularly and appear relatively settled in it. 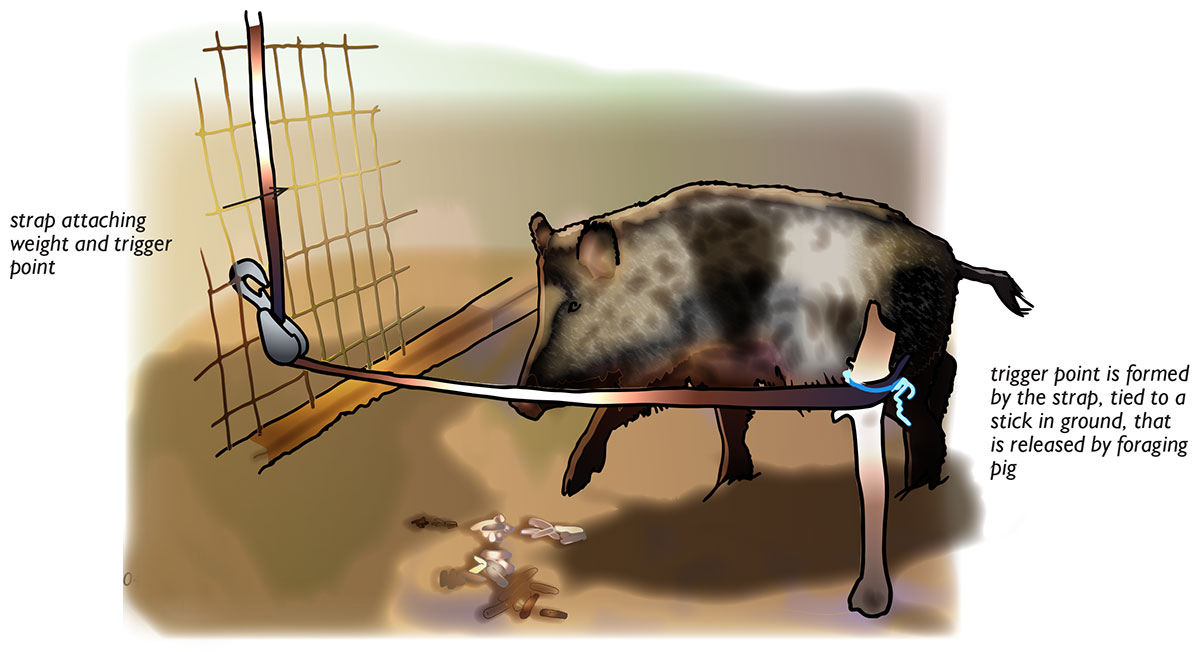 Concentrate the bait near the centre of the corral in small piles to increase the chances of catching the whole group.

‘Set’ the trap door on the afternoon of the trapping day. Visit the site early the following morning to dispatch in daylight and before the public are expected to visit the neighbourhood. 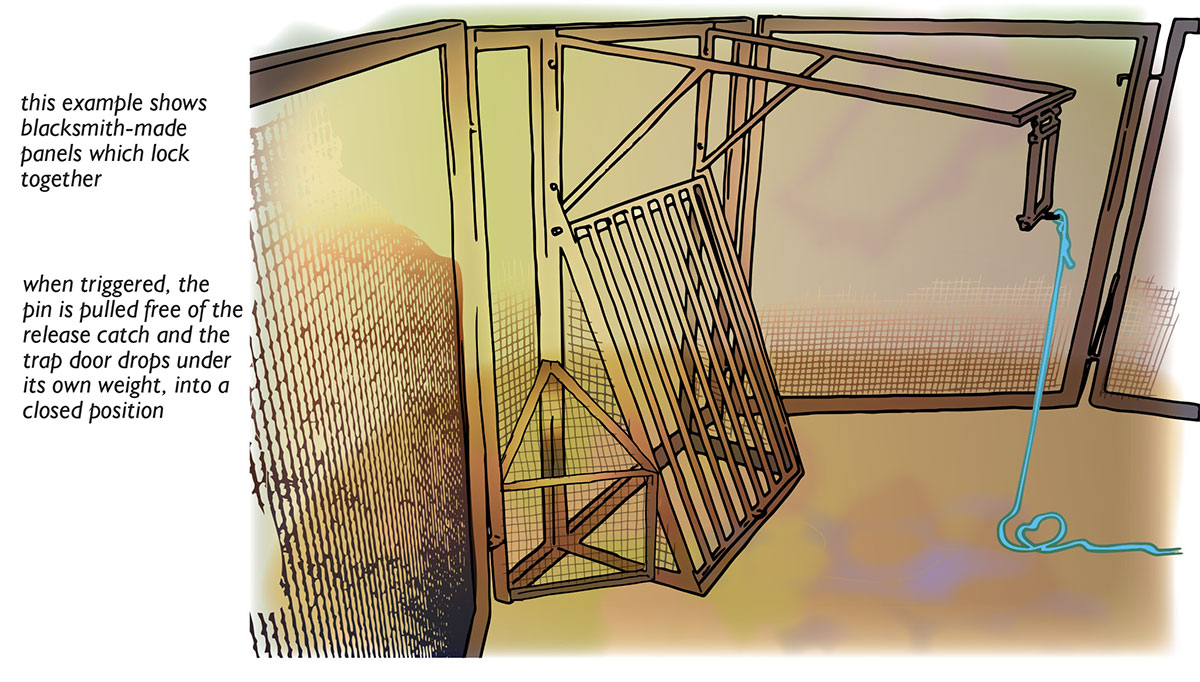 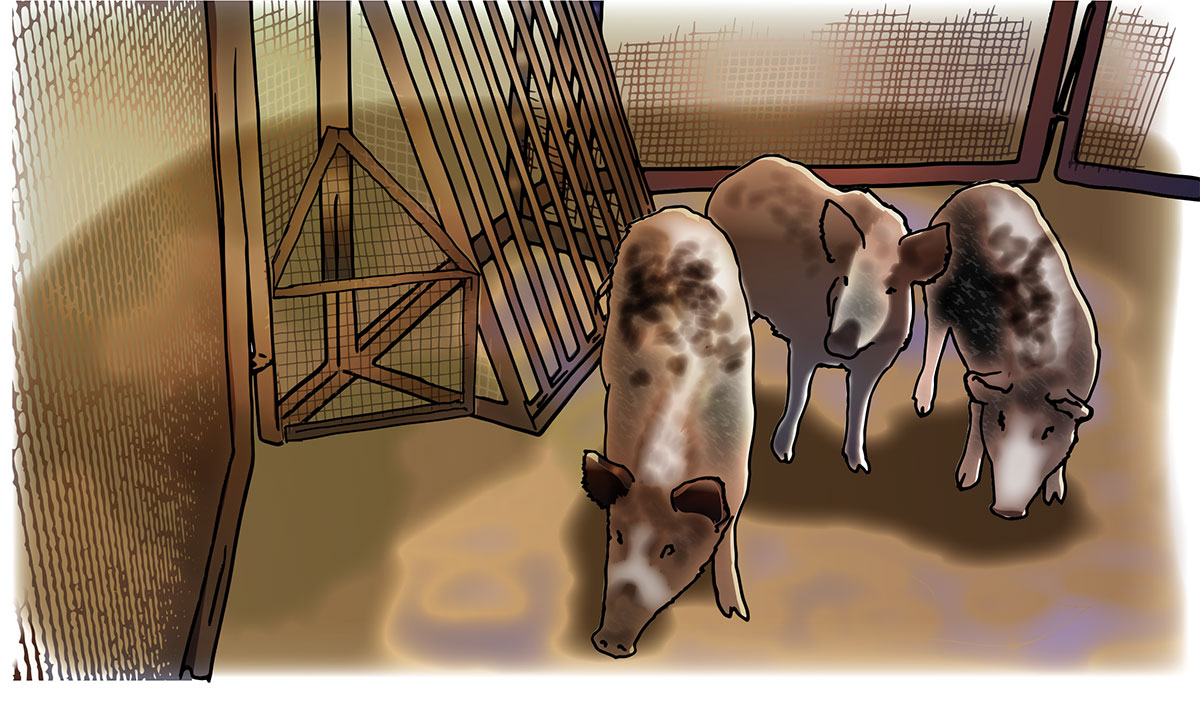 Before setting the traps, Police Scotland should be informed of the intended operation.

Shoot from an elevated platform on the outside of the corral. Fire down into the pen at distances of up to 5m. Use a solid 12-gauge slug fired from a semi-automatic 12-gauge shotgun.

Use a minimum number of two people both of whom are trained for shooting. Depending on the number, age and size of the animals visiting the site before the traps are set, additional support could be stationed nearby (away from the corral trap site but in relatively close proximity) to be contacted or to assist with carcass recovery once the pigs have been dispatched.

Once the one-way trap door has been triggered and the trap closed, the site may be approached to begin the dispatch process.

Identify which pig to dispatch first; considering animal welfare, size, position and mobility of the pigs. Dispatch largest, or any injured pigs first.

Maintain good verbal communication at all times between the shotgun operator and assistant regarding state of firearm. 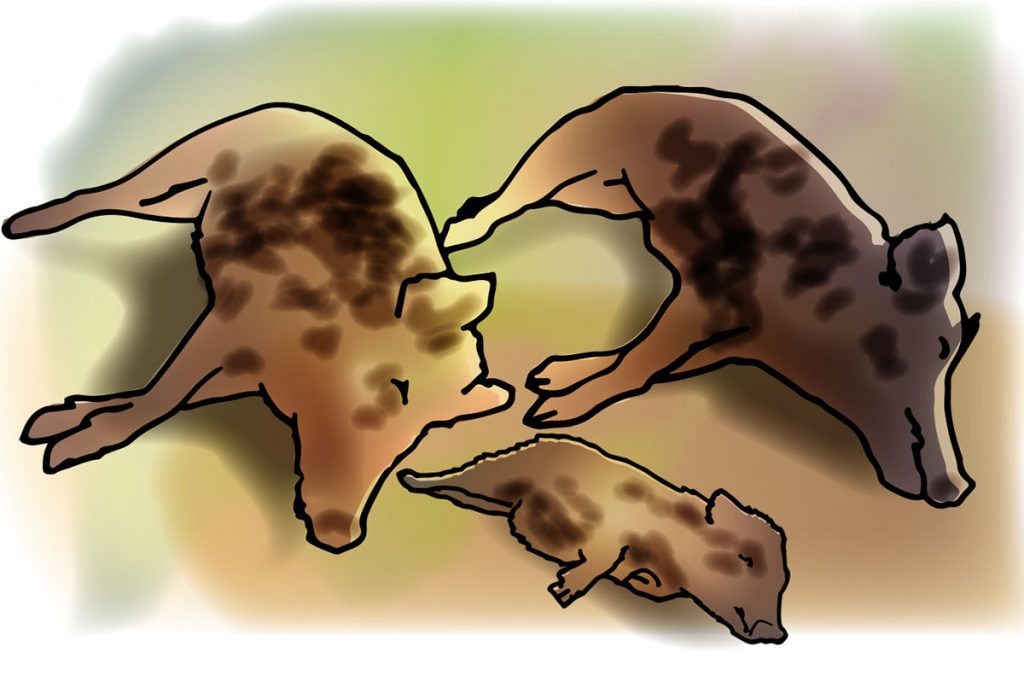 Confirm with assistant number of pigs shot and, after dispatch, that there is no sign of live pigs inside the corral or outside.

Observe pigs for movement, breathing etc. and use a flexible stick to test the eye reflex from outside trap. Wait and observe for 5-10 minutes then retest.

Once all pigs are confirmed dead, the corral trap can be entered. Make the guns safe and secure.

Move on to the carcass retrieval phase.

Use appropriate ATC / ATV on site to reduce manual handling.

Eviscerate carcasses off-site, at the larder. If it’s not possible to eviscerate pigs at the larder, use a suitable site, away from the trapping area.

Stack pig carcasses to facilitate cooling, and cover them with a tarpaulin if they are being transported to larder in an open-backed vehicle.